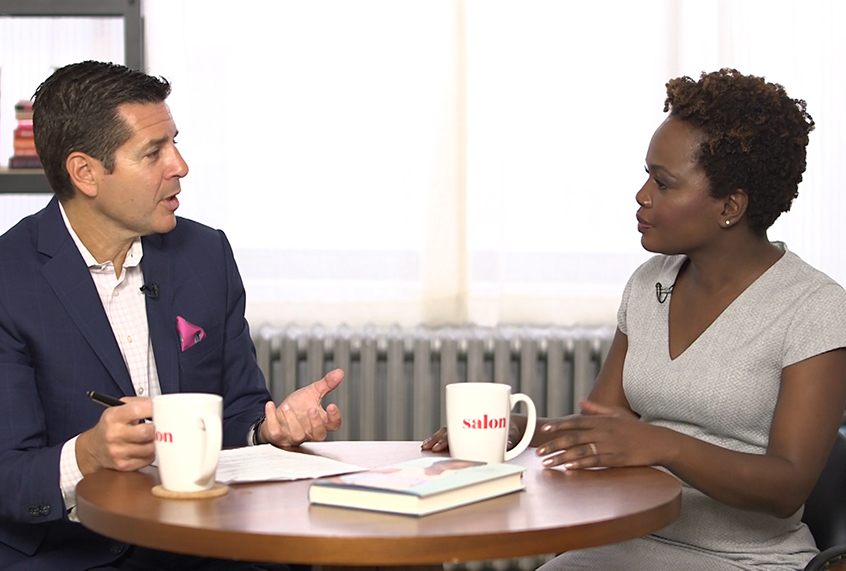 The American dream means different things to different people. One thing I consistently find is that the closer a person is to the immigrant experience, the more they appreciate what America has to offer. These people, in turn, tend to be more protective of the promise of America.
That is certainly the case when it comes to Karine Jean-Pierre, an MSNBC contributor, veteran of the Obama White House and author of the new book, “Moving Forward: A Story of Hope, Hard Work, and the Promise of America.” Jean-Pierre, who joined me recently for “Salon Talks,” is herself an immigrant who came to America at age five. Her story is truly the American dream come to life — at least for some. Her father drove a cab and her mother was a caregiver to the elderly. Jean-Pierre came to this country speaking no English and went on to graduate from an Ivy League school. Later, she worked for elected officials and various political campaigns, including Barack Obama’s 2008 campaign and the Obama administration. Her success did not come easy. It demanded a dogged work ethic and even surviving a suicide attempt, which grew out of the emotional challenges of going public about being gay.
Turning to the 2020 campaign, Jean-Pierre believes that it will take more than a candidate to defeat Donald Trump. Rather, it will “take a movement” consisting of a diverse coalition of people from communities of color to educated white women to people who tend not to vote.
When I asked her if there was such a candidate in the 2020 field, Jean-Pierre stated bluntly that she wasn’t sure yet. But she’s certain that for the Democratic 2020 ticket to be victorious, it needs to be “diverse.” That’s one of reasons she is concerned that this week’s Democratic debate in Los Angeles will only include one candidate of color, Andrew Yang.
Jean-Pierre, whose book is part memoir and part guide to effective activism, had a message for voters who want to defeat Trump: “It is on us.” Her prescription for defeating Trumpism is based in hard work: knocking on doors, to bringing friends and family out to vote. She still believes in an American dream that can best be summed up by this formula: Hard work plus hope equals success.